I did a story on food challenges from across Missouri for Rural Missouri Magazine. I traveled to just about every corner of the state to shoot these photos. Met some amazing people and had some great food.

All of these photos I lit with either one or two SB900 Speedlights with Lastolite soft boxes. I fired them wireless with Pocketwizard Plus II.

Read more in the online edition at: http://www.nxtbook.com/nxtbooks/ruralmissouri/201210/#/20 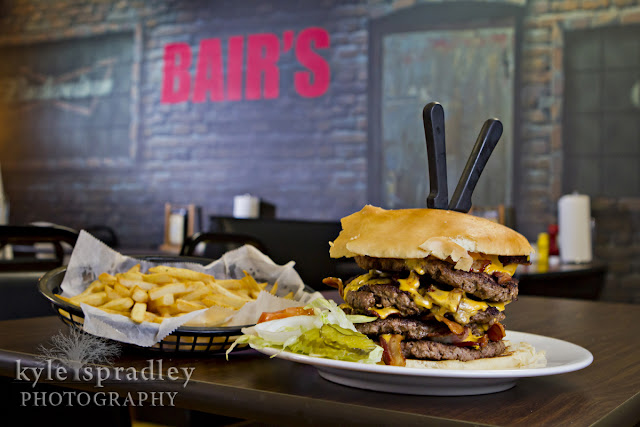 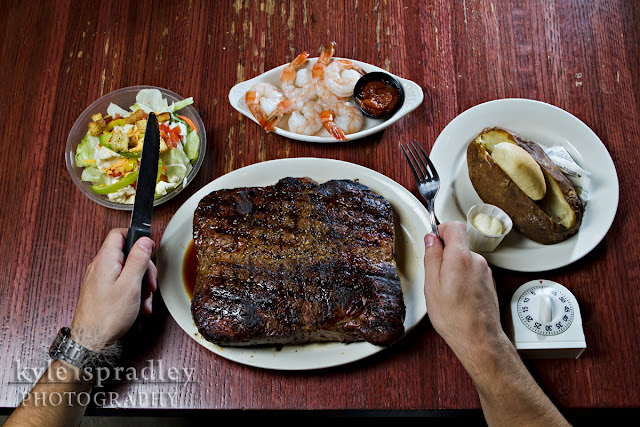 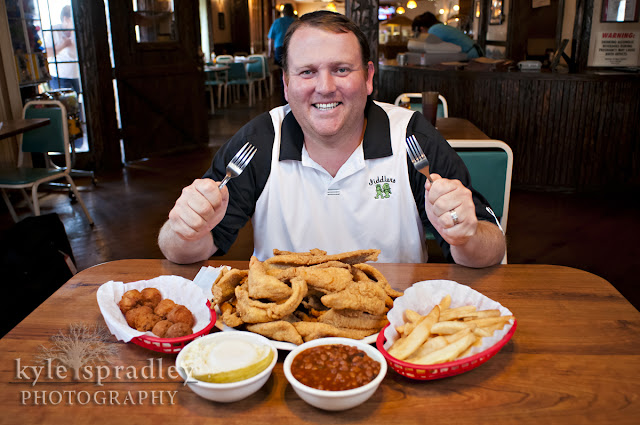 The Man vs. Fish Challenge at Fiddler's Fish House in Dexter includes 20 catfish filets, a dozen hushpuppies, a basket of fries and a large bowl of cole slaw and baked beans. 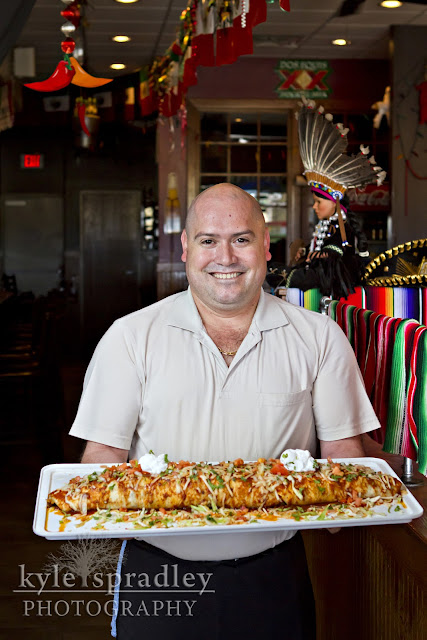 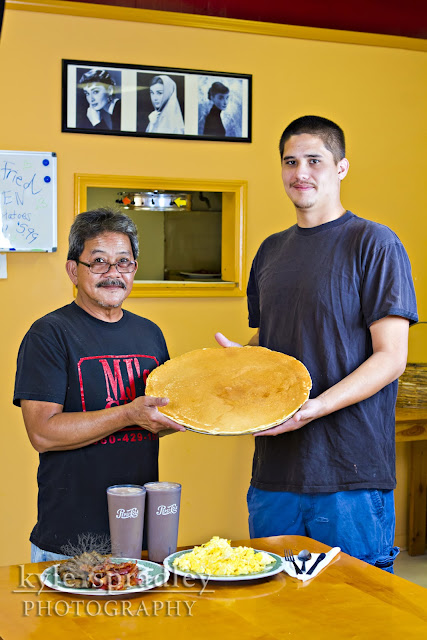 The Winkanator Challenge at Mary Jane's Cafe was named after head chef "Wink" (at left) by his son Brandon (at right). The 20-inch, 10-pound pancake is accompanied with 12 eggs, 12 pieces of bacon and 8 pieces of sausage. Wash it all down with two mega glasses of chocolate milk. 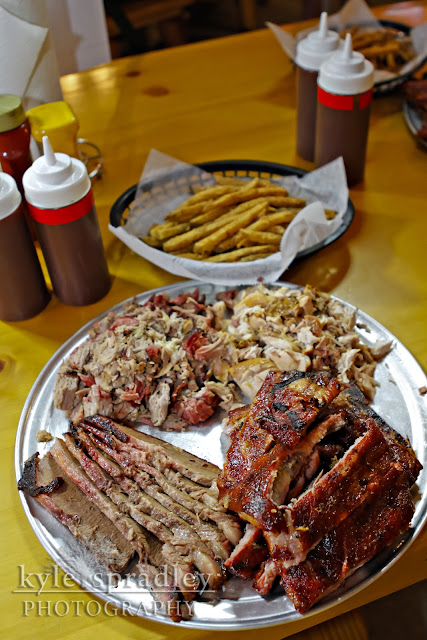 The Mega Moose Challenge at Moose Brothers BBQ in Russellville features a full slab of St. Louis-style ribs, 1lb. of pulled pork, 1lb. of smoked brisket, 1lb. of chicken and a pound of french fries.