Spent lots of time in Independence, Missouri this last month working on a spread in Rural Missouri on the Missouri Mavericks. In just the team's third season, the Mavericks look to make the CHL playoffs. For just a young franchise, quite a large fan base is building. Last year, the home games averaged just over 5,000 fans a game in the 5,800-seat stadium. If ya have the chance, catch a Mavs game at the awesome new Independence Events Center just off Interstate 70. For more information on the Mavericks, visit www.missourimavericks.com or like them on Facebook. Stay tuned for my video piece and story. 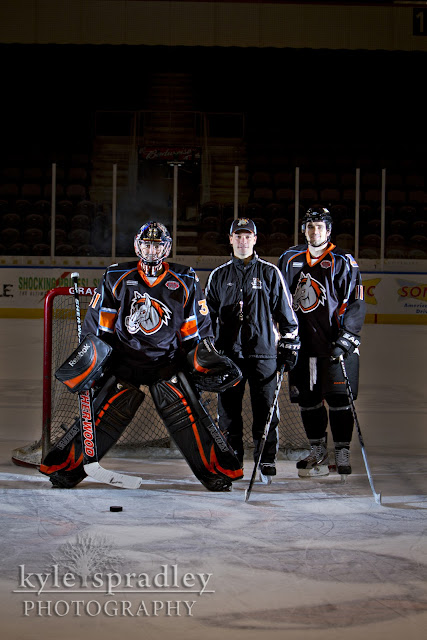 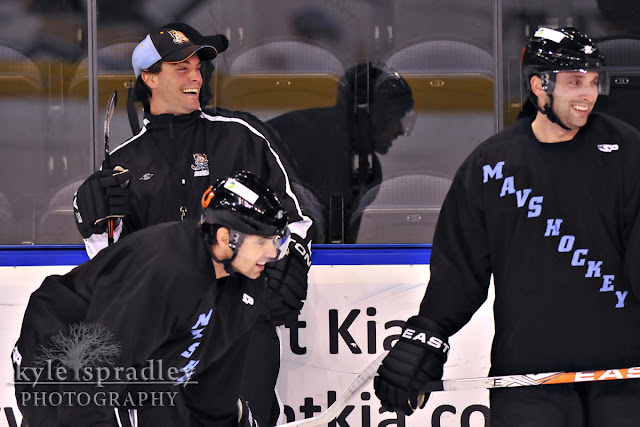 Head coach Scott Hillman jokes with players during a practice at the Independence Events Center. 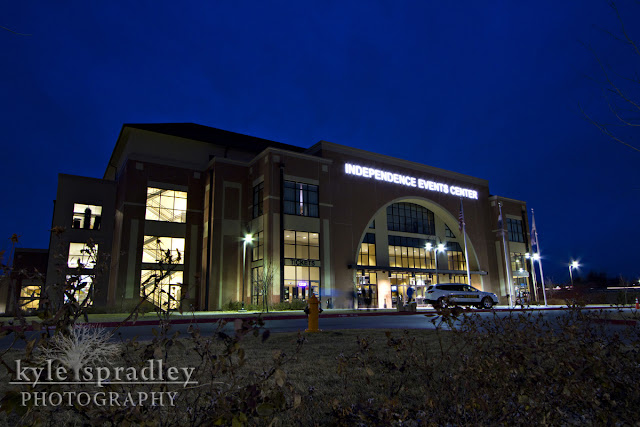 The home of the Mavericks - the new, 5,800-seat Independence Events Center. Located off Interstate 70 just minutes from downtown Kansas City, the arena is easily accessible. 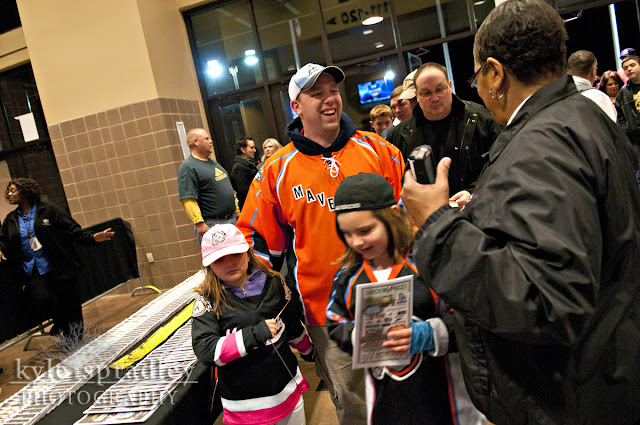 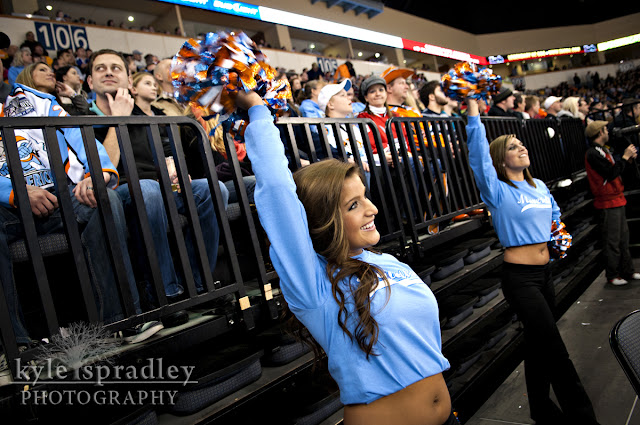 Filly Spirt Squad member Laura Clark, left, cheers on the Mavericks during a home game on Jan. 7 against the Quad City Mallards. 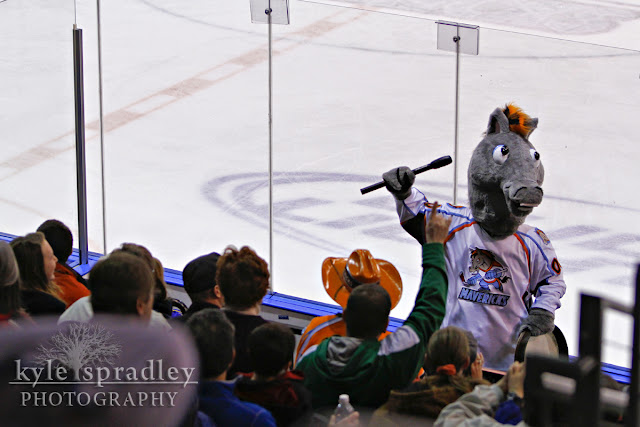 Mavericks mascot Mac, pumps up the crowd during a home game on Jan. 6 against the Tulsa Oilers. The Mavericks won 4-3. 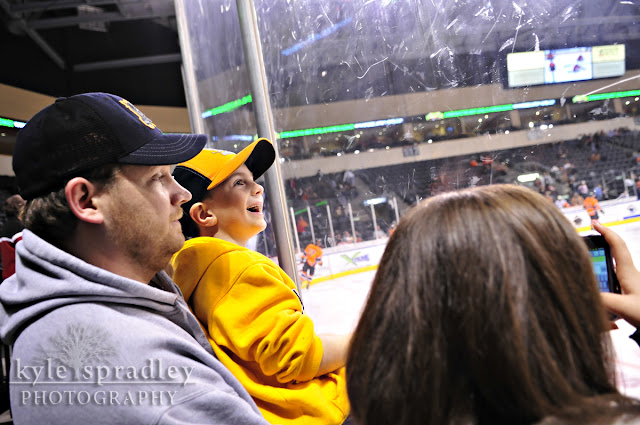 Trevor Dolata, 6, cheers on the Mavericks during warm-ups before a game on Dec. 20 against the Laredo Bucks. 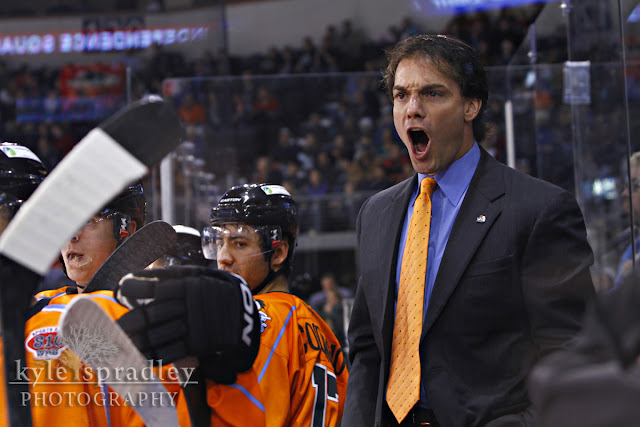 Mavericks head coach Scott Hillman calls out plays to his players from the bench. 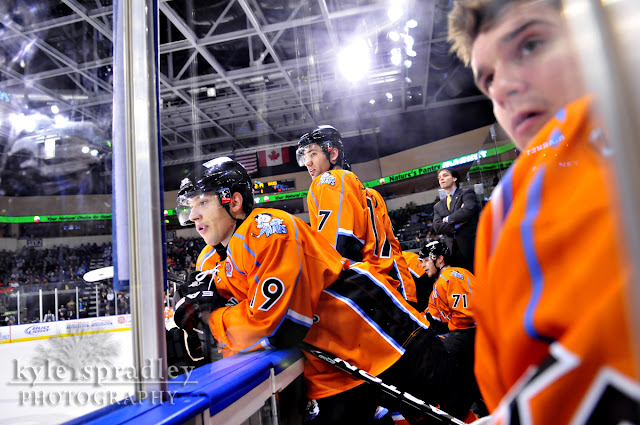 Mavericks players look out from the bench during a game on Dec. 20 against the Laredo Bucks. 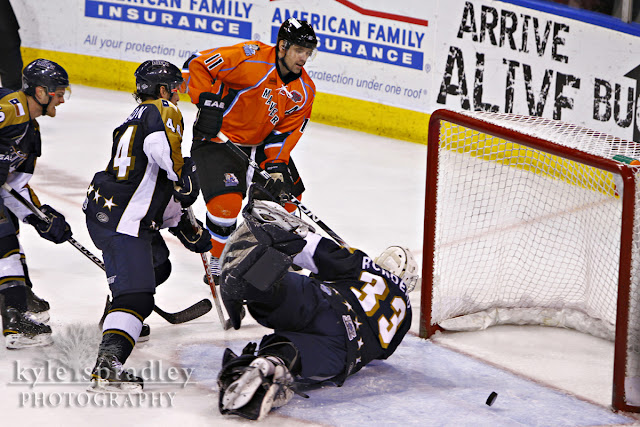 Ed McGrane watches as a lose puck trickles past the Laredo goaltender. The puck bounced just wide to keep the game scoreless at 0-0 on Dec. 20. 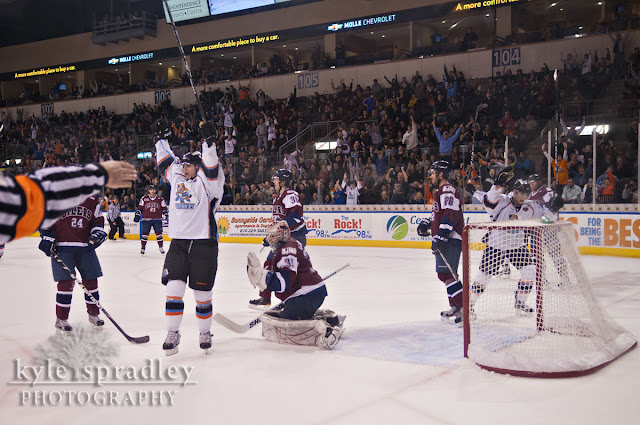 Mavericks players celebrate after a Brandon Coccimiglio goal in the second period during Missouri's 4-3 victory over the Tulsa Oilers. 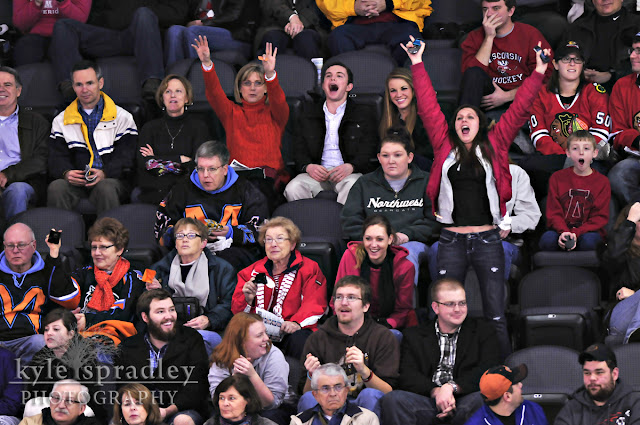 Fans react after a Mavericks goal in the second period against the Tulsa Oilers. After last season, the Mavs were honored as the Best Franchise in the CHL and the league's best fans. 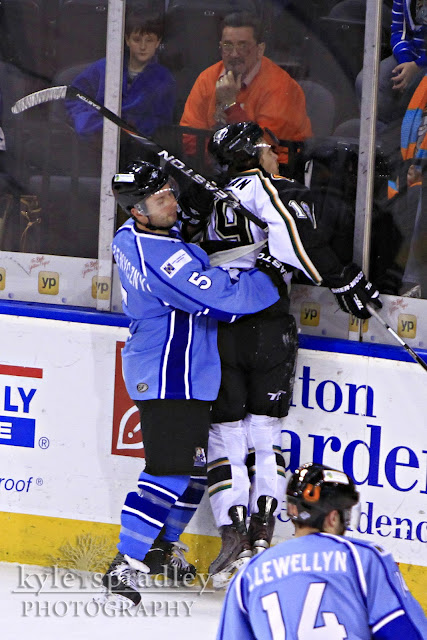 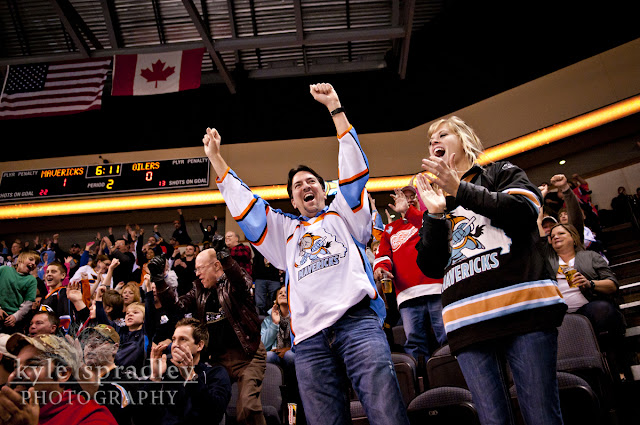 Season ticket owner Tim Owens of Liberty celebrates a Mavericks goal with his daughter Becca during Missouri's 6-3 victory on Jan. 7. 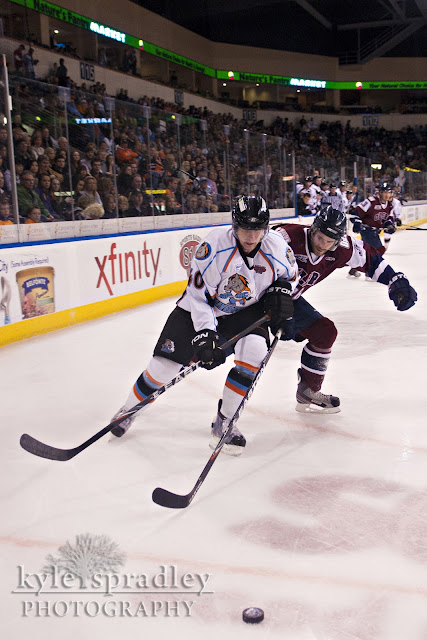 Mavericks forward John Scott-Dixson fights for the puck against a Tulsa Oilers defensman. 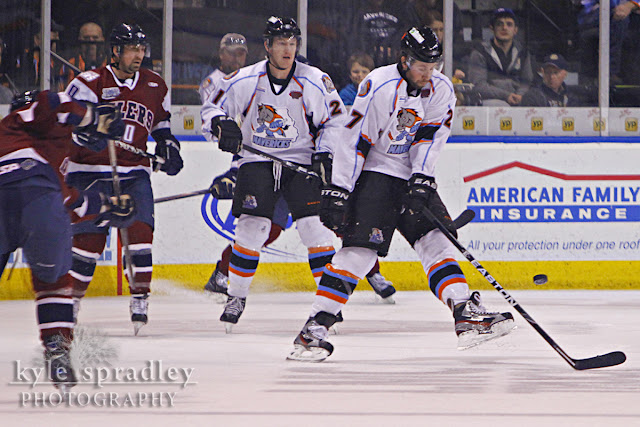 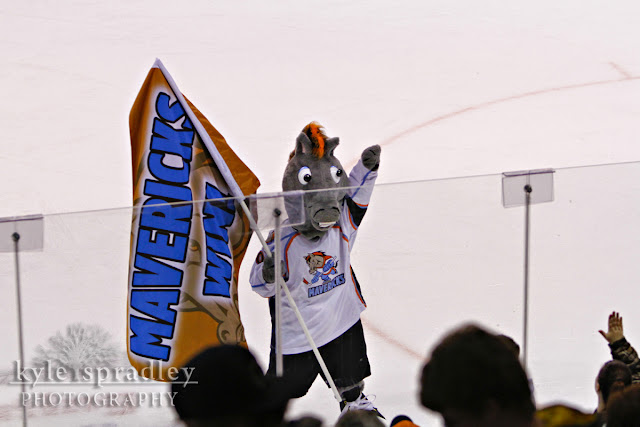 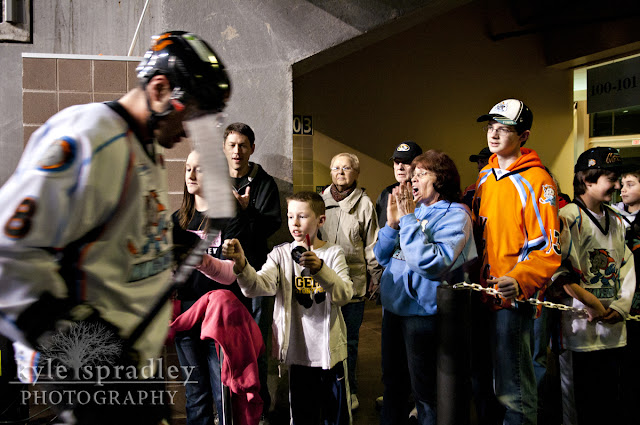 More images from Riverlands Migratory Bird Sanctuary near the confluence of the Missouri and Mississippi Rivers on the Missouri side near Alton, Illinois. Got to see some Trumpeter Swans in action along with several other wildlife. A great spot for a wildlife photographer to shoot and being only a short drive from St. Louis, totally worth it. Enjoy! 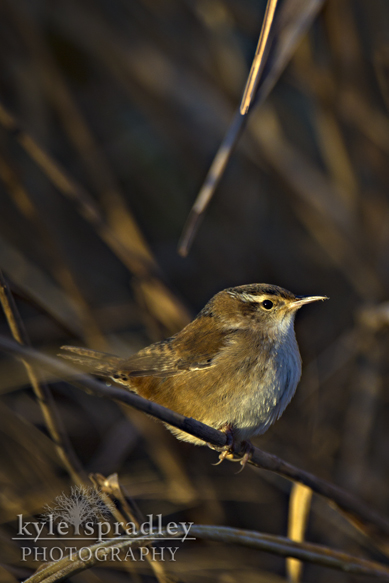 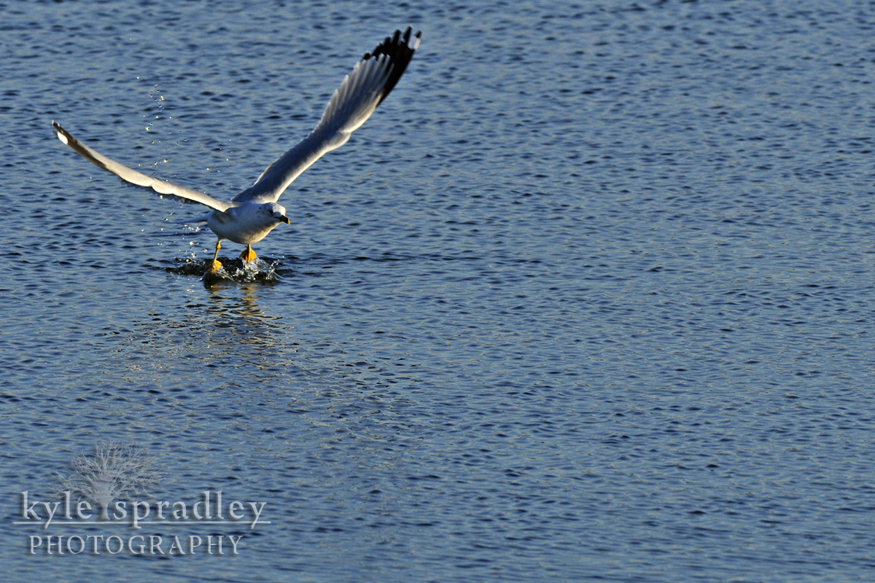 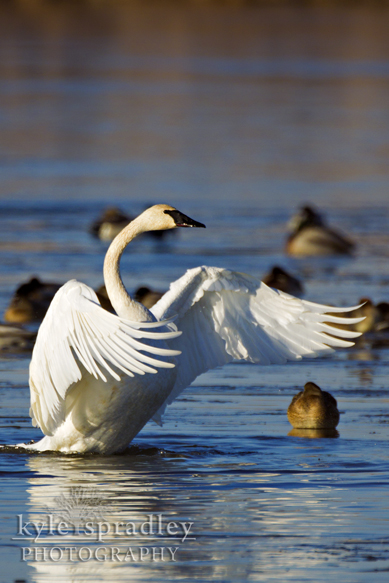 This image was on the January cover of Rural Missouri. Check it out online 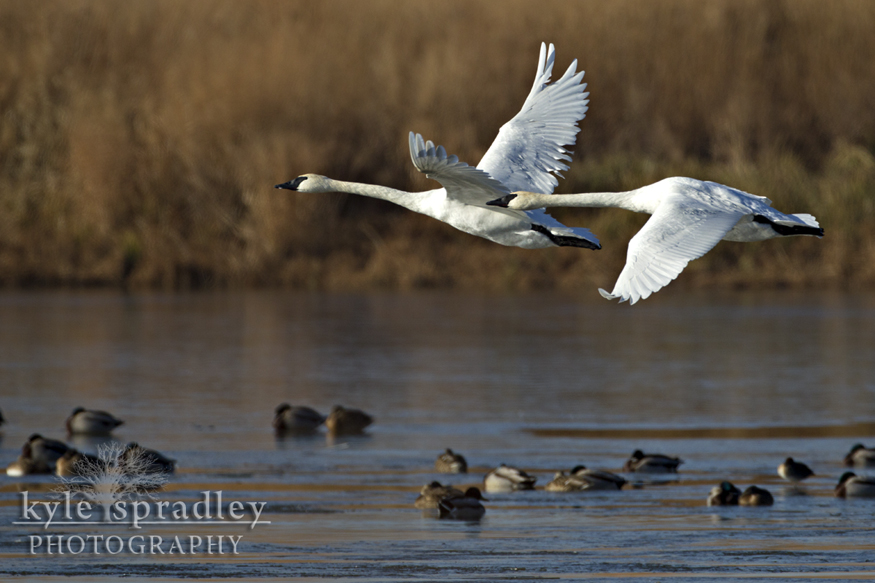 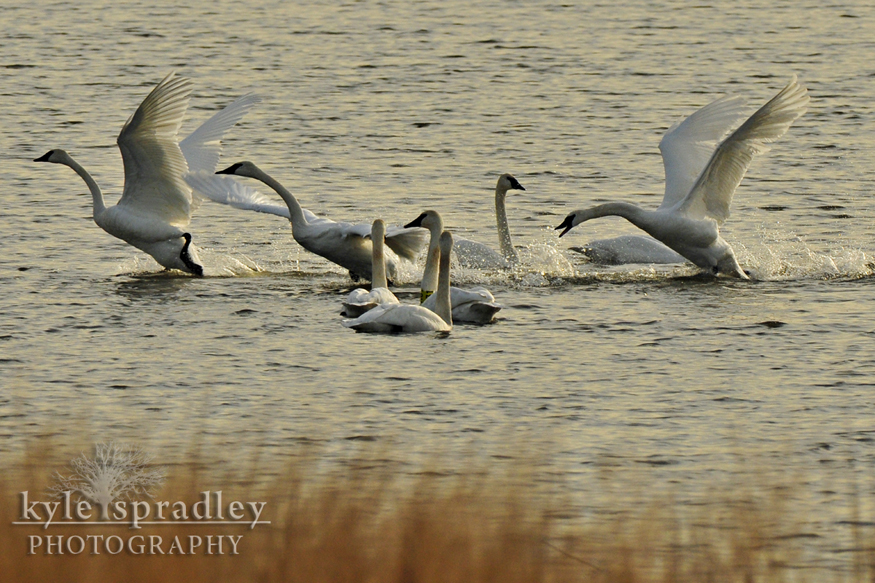 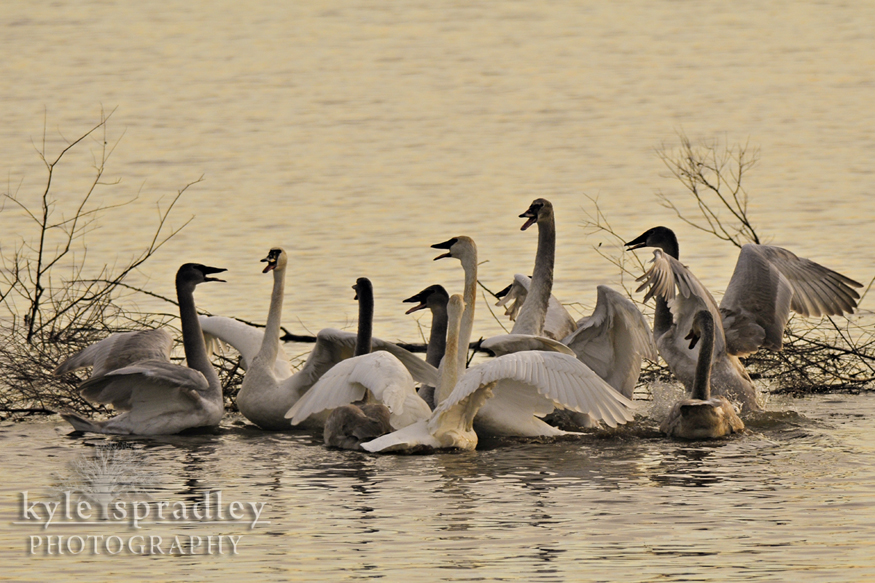 The Trumpeters are very amusing to watch. Sometimes they will get in a group and squawk at each other. Sounds a lot like a horn. 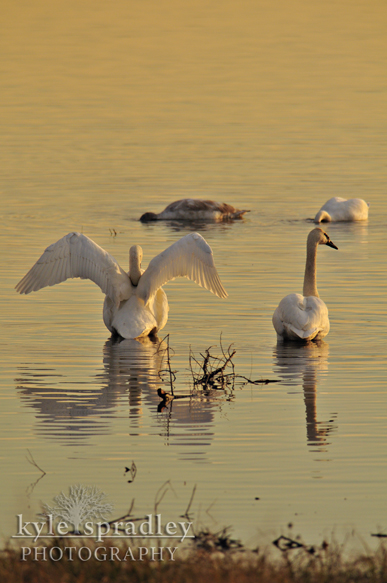 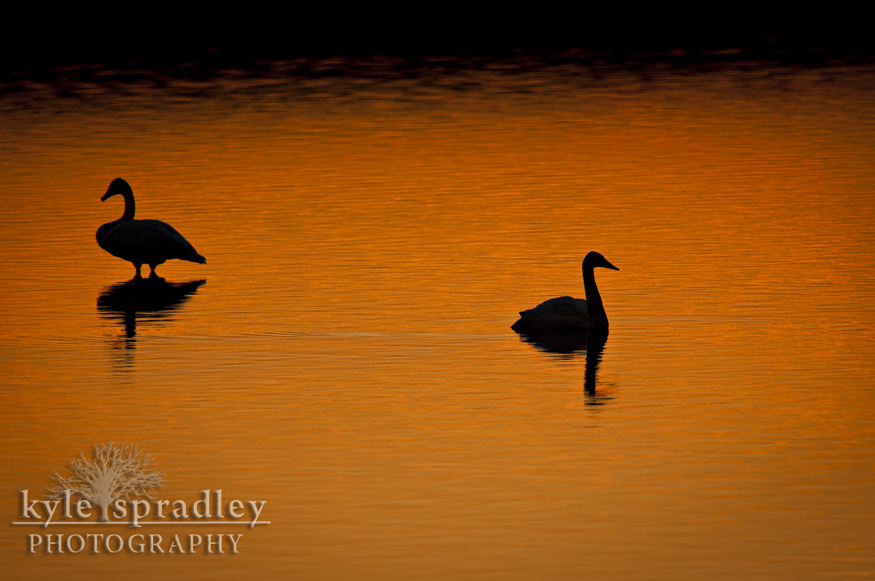